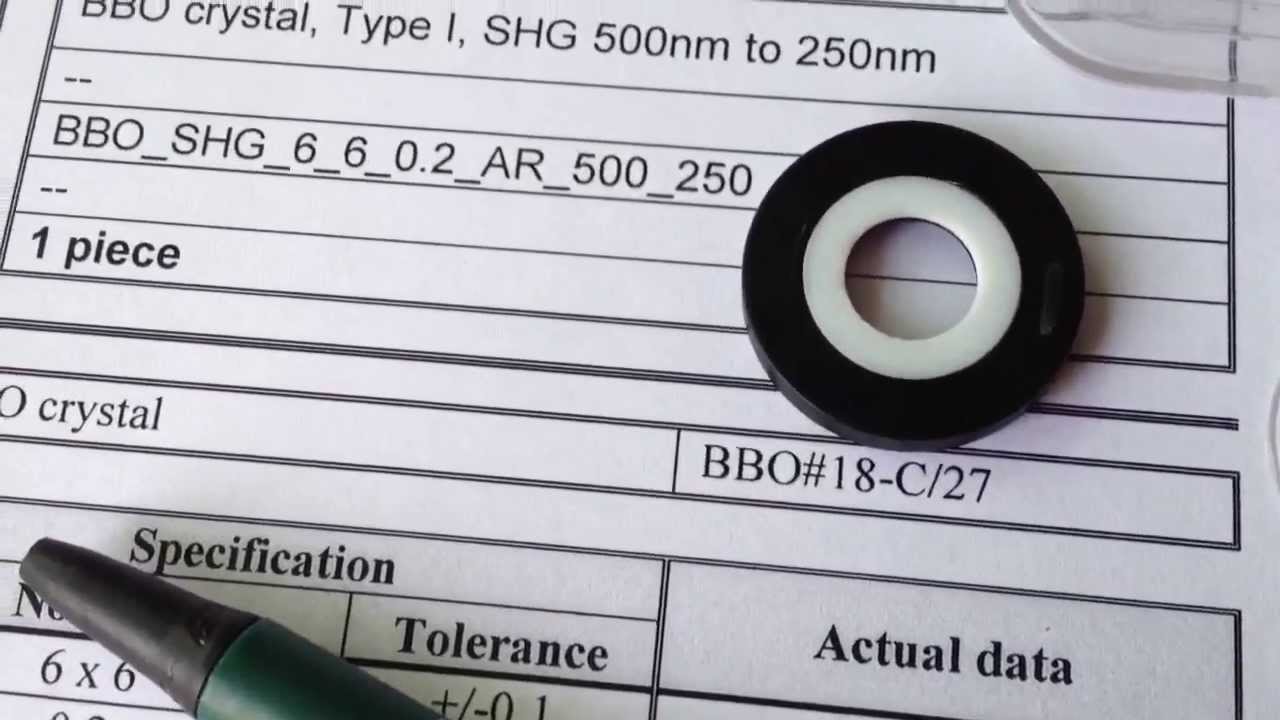 KTP has a relatively high effective SHG coefficient (about 3 times higher than that for KDP) and fairly high optical damage threshold (>500 MW/cm²).

Second Harmonic Generation (SHG) is a nonlinear optical process whereby the pumping wavelength generates a new wavelength that is half of the input wavelength or double frequency. When using ND:Yag wavelength 1064nm the SHG will become 532nm which is within the green light spectrum


The physical mechanism behind frequency doubling can be understood as follows. Due to the χ(2) nonlinearity, the fundamental (pump) wave generates a nonlinear polarization wave which oscillates with twice the fundamental frequency. According to Maxwell's equations, this nonlinear polarization wave radiates an electromagnetic field with this doubled frequency. Due to phase-matching issues (see below), the generated second-harmonic field propagates dominantly in the direction of the nonlinear polarization wave. The latter also interacts with the fundamental wave, so that the pump wave can be attenuated (pump depletion) when the second-harmonic intensity develops: energy is transferred from the pump wave to the second-harmonic wave.
Previous page：New materials extend laser spectral coverage deep into the infrared Next page：The Different Types of Laser